Each Révélations edition focuses on a major issue regarding the fine craft sector. The issue is addressed during the symposium, where a wide range of international players and experts are invited to exchange views.
Thursday 9th june : 10:30 - 12:30

This year, the symposium will be focusing on Fine craft professions training; the recent changes and reforms of the French training system are a cause for concern to students, teachers, professionals and stakeholders of the sector in France. With the intervention of various experts, the symposium will provide an overview of the sector and offer insights, supported by the latest report established by Ateliers d’Art de France, the professional organisation for fine crafts. 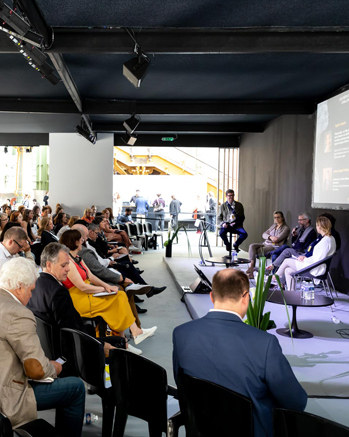 Enriched with accounts from international stakeholders, this gathering is an opportunity to broaden the debate: Have other countries been through similar or singular changes? How to preserve or develop a fine craft training system in line with the sector’s needs?

The symposium is the occasion to highlight pluralistic thoughts, to explore good practices and to open new perspectives. 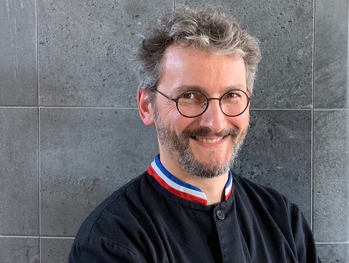 Arnaud MAGNIN is a creative craftsman, a bronze worker, a turner and a Meilleur Ouvrier de France 2015. He holds a DEA in metallurgy and materials from the National Institute of Nuclear Sciences and Techniques. After eleven years in charge of the workshop Design Application Metal-Bronze Mounting of the Boulle School during which he also taught technology materials and technical drawing, his opposition to the reform of higher education in the crafts leads him to resign from the National Education in October 2021. He then took over the operational management of Charles Paris, a century-old lighting company positioned at the very top end of French arts and crafts. 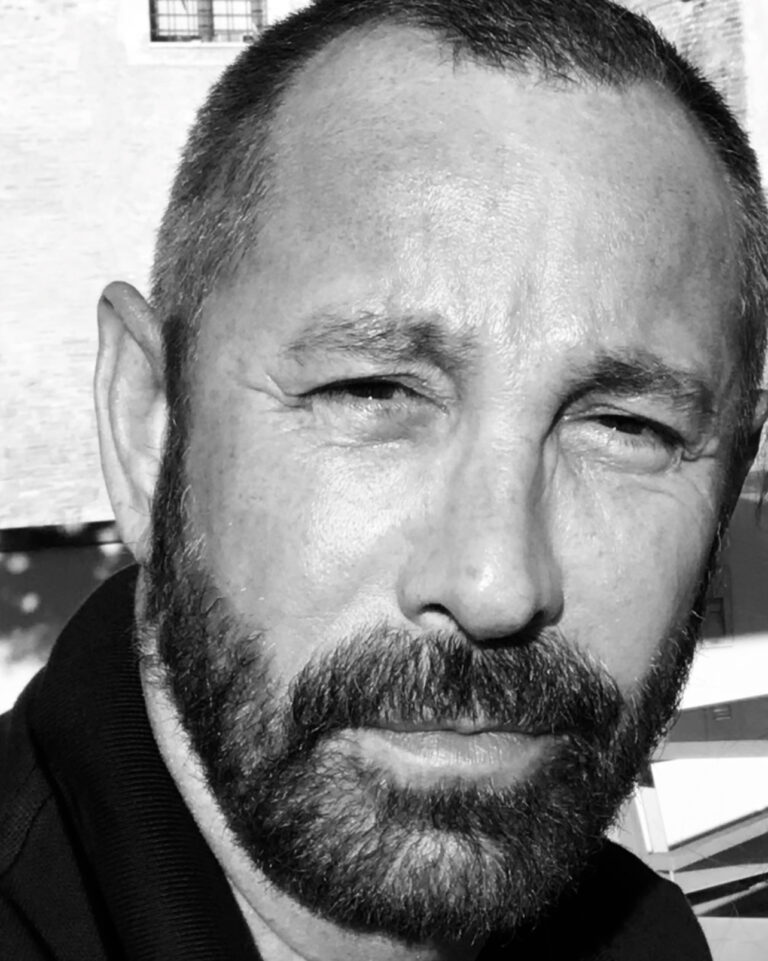 Laurent Scordino-Mazanec, 56, head of school since 2000, was director of Ensaama 7 years, and for 1 year directs Boulle. He was director of the Campus des métiers d'art from its creation in 2017 until September 2021. 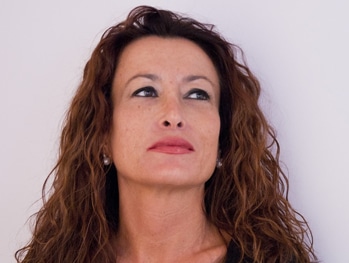 Elisa Guidi is an architect, she studied in Florence and in Paris, University of Architecture Paris - La Villette. Since 1996 she has been working for Artex, Tuscany's Center for Artistic and Traditional Craftsmanship. In 1999, she became the head of the Research and Development department of Artex. Since 2004, Elisa is the general coordinator of projects for Artex. Elisa has also worked for the University of Florence as a contract professor in conservation of ancient buildings. In 2016, Elisa became a member of the Board of Directors of the MIC Foundation - International Museum of Ceramics - onlus in Faenza. Elisa joined the board of directors of WCC Europe in 2015. In September 2020, she was elected president of the World Crafts Council Europe. 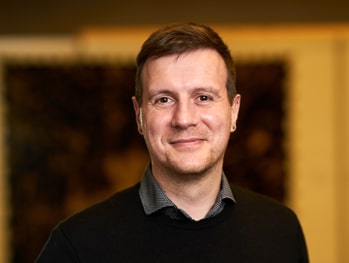 Julien Silvestre is Executive Director of the Conseil des métiers d'art du Québec. As an arts manager, he has held management positions in renowned arts institutions, particularly in theater, and is involved with boards of directors of local, national and international scope. For example, he is involved with the two recognized training establishments in craft techniques in Quebec, the Centre de formation et de consultation en métiers d'art and the Institut des métiers d'art, as well as with the International Festival of Films on Art. He regularly contributes to the work of juries or political, artistic or institutional stakeholders, such as the Arts Councils, in Quebec and Canada. 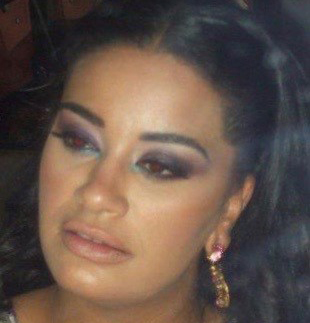 British Egyptian, currently living in Cairo, Egypt. A graduate of the Faculty of Fine Arts in Cairo, she has exhibited her work in several art shows in renowned galleries such as the Cairo Opera House Gallery.

She joined the field of development since 2005 and has headed clusters and a handicrafts unit in the Industrial Training Council in Egypt and the handicrafts business development department in the Agakhan network in Darb AlAlmar Company.

She has been working as an independent handicraft business development consultant and designer since 2010. She has conducted numerous study tours. Has worked extensively with local and regional artisans, assessing their needs and developing their products. She has collaborated and worked with many national and international structures, NGOs and projects. 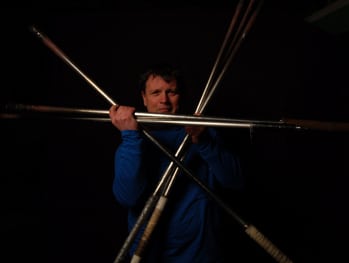 Glassblower, Administrator and President of the training commission of Ateliers d'Art de France

I started my training as a glassmaker in 1982 and obtained my CAP in 1986. After 2 years of employment in the training company, being unemployed, I created my workshop in 1990 in the South of the Lot and elaborated a collection of "art of the table" pieces that I sold to local and tourist customers. In 1998 I moved my workshop to be able to make unique pieces. From then on, I presented my creations in public and professional fairs to reach collectors and export markets. During all these periods, I trained 14 apprentices who obtained 16 CAP and 1 BMA and received within my company about 30 trainees. 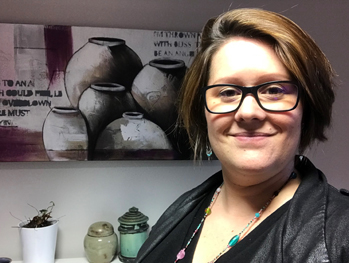 Born in 1982 in Nevers, in the Nièvre region, Master 2 in philosophy.

In 2008, I taught in a CFA and in a bridging class, then, in 2011, I joined the Greta network (Nièvre and Yonne) as a trainer. I have taught people in social and professional reintegration, in retraining, and in prisons. I am particularly interested in andragogy and the inductive pedagogical approach by competences. I have designed several boxes of pedagogical games for adult learners (published under the label Les formateurs ont du talent, Piriac editions). I have been involved in the construction of training systems resulting from a GPECT approach for the Nièvre and Yonne regions, between 2012 and 2014.

In 2016, I took a position as a Continuing Education Advisor in Sens.

In 2019, I became responsible for the Agricultural and Viticultural High School in Cosne Sur Loire. 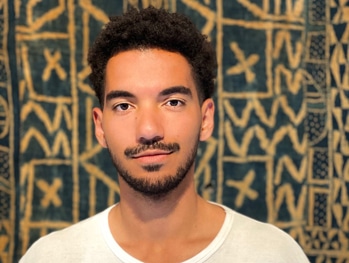 Cultural Director of the Jean-Félicien Gacha Foundation in Cameroon

Danilo Lovisi has a degree in Art History, Museology and Cultural Mediation from the École du Louvre. Curator and author, he is co-curator of the exhibition "African Fibers" at the Musée de la Toile de Jouy. He participated in the production of the book "Ndop, étoffes des cours royales et sociétés sécrètes du Cameroun" by Ly Dumas (Gourcuff Gradenigo, 2020). As cultural director of the Jean-Félicien Gacha Foundation in Cameroon and the Espace Culturel Gacha in Paris, he coordinates all artistic, literary and cultural projects carried out in France and internationally, in a dynamic of openness to extra-European cultures, particularly African. Born in Brazil, he lives between Paris and Bangoulap in West Cameroon.

Back to programmation
Manage cookie consent
To provide the best experiences, we use technologies such as cookies to store and/or access device information. Consenting to these technologies will allow us to process data such as browsing behavior or unique IDs on this site. Failure to consent or withdrawing consent may adversely affect certain features and functions.
Manage options Manage services Manage vendors Read more about these purposes
Parameters
{title} {title} {title}