Discover the nation of honour in 2023 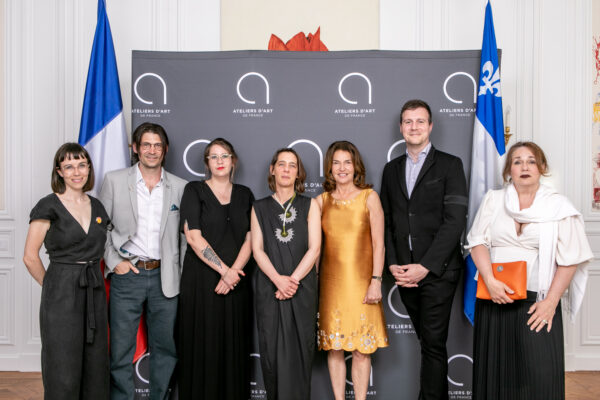 Révélations, the International Fine Crafts and Creation Biennial will be back from 8 to 11 June 2023 at the Grand Palais Éphémère for its 6th edition. Révélations will be crossing the Atlantic once again, and this time stopping in North America, giving pride of place to Quebec.

The direct and special relationship that binds France and Quebec is based on a common history, a common language and common values, as well as strong cultural ties that permeate the exchanges, and a common vision of fine crafts, which are a fundamental aspect of both our identities.

Fine crafts play a significant part in the artistic, cultural, social and economic landscapes of our societies. They bear certain values, such as eco-responsibility and local development, while offering democratic access to culture. The richness of the fine crafts sector in Quebec, developed from European and North American influences, offer creative synergies and a diversity of expressions that arouse their desire to go and meet an international audience at Révélations in 2023.

During their first participation to the Le Banquet international exhibition in 2019, Quebec had charmed the audience with its boldness and freedom of tone.

“We have created Révélations in a spirit of dialogue between creative worlds worldwide. We will be thrilled to give pride of place to Quebec in 2023! We cannot wait to meet our American cousins – to discover and unveil hitherto secret parts of creation,” says Mrs. Aude Tahon, President of Révélations.

The participation of Quebec is jointly supported by Ateliers d’Art de France, the Conseil des métiers d’art du Québec and the Maison des métiers d’art de Québec. It is financially supported by the government of Quebec, represented in France by the Quebec Government Delegation in Paris. “We are proud to see Quebec honoured at the Révélations biennial. I would like to warmly thank Ateliers d’Art de France for this exceptional opportunity which is the result of a common consultation between our institutions and their committed stakeholders” says Mrs. Michèle Boisvert, Delegate General for Quebec in France.

Curator and artist Marie-Ève Castonguay will be signing the Quebec artistic selection featuring about thirty culturally diverse artists from Quebec.

In 2023, Révélations will be celebrating its 10th anniversary and will be held from 8 to 11 June at the Grand Palais Éphémère.

Exceptions d’Afrique, the African exhibition at the heart of the biennial
Applications for the 2023 Révélations biennial are open
AGORA, AN AFRICAN SELECTION
Retour à la liste des actualités
Manage cookie consent
To provide the best experiences, we use technologies such as cookies to store and/or access device information. Consenting to these technologies will allow us to process data such as browsing behavior or unique IDs on this site. Failure to consent or withdrawing consent may adversely affect certain features and functions.
Manage options Manage services Manage vendors Read more about these purposes
Parameters
{title} {title} {title}